Tribute to Chavez at 7th Meting on Solidarity with Cuba 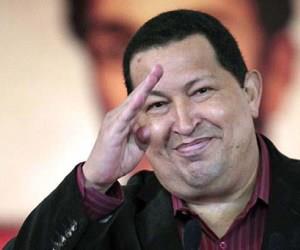 Tribute to Chavez at 7th Meting on Solidarity with Cuba

Caracas, Jul 28  –  The life and work of late Venezuelan President Hugo Chavez was remembered and honored in this capital, at the closing session of the 7th Continental Meeting on Solidarity with Cuba.

As part of the events to pay tribute to the leader of the Bolivarian Revolution, hundreds of activists and participants in the solidarity meetingevent marched from the Jose Marti Square, in the Altagracia parish church to the Mountain Barracks, where the remains rest.

Upon arriving at the Mountain Barracks and in front of the tomb of the Bolivarian leader, the Cuban vice president of the Council of State, Lazara Mercedes Lopez, said that although “Chavez is not physically present, his work, legacy and ideas are immortal.”

His Bolivarian energy and spirit were present in each moment of this meeting, encouraging us to continue in a tight embrace and not to give up the struggle for unity and the perpetuity of Latin American and Caribbean dignity, she said.

On the other hand, the first vice president of the Venezuelan National Assembly, Dario Vivas, stated that the closing session of the continental meeting on solidarity with Cuba will take place “in the Mountain Barracks that received our Commander, in this space that also encourages the revolutionary struggle.”

In that regard, the legislator recalled that “Chavez was in this place on February 4, 1992, when he led the rebellion of dignity by a group of young officers who swore to Simon Bolivar to enforce his legacy.”

After the tribute, hundreds of participants in the 7th Meeting on Solidarity with Cuba held a vigil to celebrate Chavez’s 59th birthday on July 28 (1954).

The final statement from the meeting on solidarity with Cuba reaffirmed the commitment to defending the Cuban Revolution, supporting the Bolivarian Revolution and backing up the process of Latin American integration, among other objecives.

This entry was posted in Cuba, Society and tagged Cuba, Hugo Chavez, remembered, Solidarity with Cuba. Bookmark the permalink.