Cuban Scientists Seek to Reduce Use of Laboratory Animals 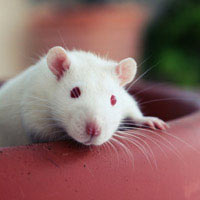 Cuban Scientists Seek to Reduce Use of Laboratory Animals

Havana, Oct 24  –  Cuban scientists are trying out a set of methods to reduce and replace the use of  laboratory animals in toxicological and pharmacological experiments, Dr. Idania Rodeiro, from the Center for Marine Bioproducts, said.This concern to seek other alternatives without having to resort to use animals and prevent their suffering, Rodeiro told Prensa Latina, during the 20th Latin American Congress of Pharmacology and Therapeutics held at the Conference Center in Havana.

Cuba joined this subject in 1995, and created a national network of alternative methods, with a group of scientists in charge of validating and developing these techniques in the country, she stated.

On the other hand, one of the most expensive aspects of experiments and the development of new drugs is the purchase of experimental animals, as well as its maintenance and reproduction, she said.

In pharmacological researches, we can use hundreds of animals, with an economic impact for research projects in the country, the scientist stated.