Rene Gonzalez Claims for Freedom for the Cuban Five 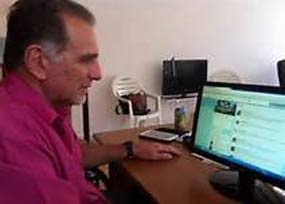 Rene Gonzalez Claims for Freedom for the Cuban Five

Havana, Feb 12 – Rene Gonzalez, the only Cuban anti-terrorist fighter who is now a member of the Cuban Five, but the only who has been released, started his own account in social network Twitter Wednesday, and took the chance to claim for the freedom of his comrades in prison in the US. rene4the5 is Rene Gonzalez account and he said he wanted to talk about the case of the Cuban Five personally.

Rene, together with Gerardo Hernandez, Ramon Labañino, Antonio Guerrero and Fernando González, monitored the activities of anti-Cuban groups in the US national territory.

“I want to talk about the case of the Cuban Five, not to disregard any way to talk to the US public opinion, reach the interest of the US people,” said Gonzalez to Cuban website CUBADEBATE Wednesday.

Rene Gonzalez has been very active in the campaign for the release of his comrades, since he got out of prison and returned to Cuba.

The campaign urges US President Barack Obama to use his power prerrogatives to get the freedom of the Cuban anti-terrorist fighters.

Rene Gonzalez said he will be in London in March to take part in an international meeting, with the purpose to attract parliamentaries of the entire world, to create an international commission to get the release of his comrades.

The decision, he said, will have the sponsoring of renowned world personalities.

In his first “Tweet” (message on Twitter) Rene wrote “A Husband, A Father, A Grandfather. Becuase I defended life, I had to fulfill 15 years in prison. Now, another four men, my brothers the day of today, are still suffering prison. End the injustice.”