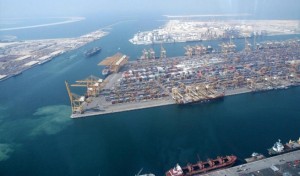 Havana, Apr 15  – The Mariel Special Development Zone (ZEDM) will have a positive impact on the Cubans who work there, the CubaDebate website reported today.

The report noted that those who work in the Special Zone will receive 80 percent of the wages agreed to between employment agencies and contractors, encouraging both workers and investors.

Among the special arrangements established to attract the participation of foreign capital in the enclave, are those related to the hiring of labor, with payments at a fixed rate previously determined in negotiation between investors and the employing entity.

That rate will take into account the value of the labor force in the region and particularly in Cuba, where more than 70 percent of the economically active population has at least a high school education, said the director general of the regulating office ZEDM, Ana Teresa Igarza.

Igarza explained that the main objective of the employment agency is not the collection of taxes, as usual – but to provide a service, supply and provide the best qualified staff for the activity, hence only taking 20 percent of the agreed wage income, for administration.

The measure will soon be published in the Official Gazette, she said, and will be functional even though the process of monetary unification in Cuba has not yet concluded, with the CUP (Cuban peso, the currency in which state workers earn) coexisting with the CUC (currency equivalent to the US dollar).