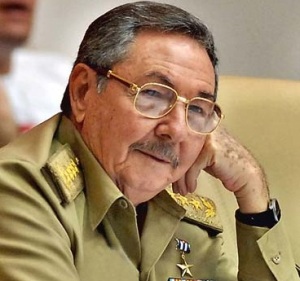 Feb, 9 – Cuban President Raul Castro, first secretary of Cuba´s Communist Party, was elected delegate to the 7th Congress of the political organization by the general secretaries of the eastern Segundo Frente municipality.

The Segundo Frente is a mountainous region where Raul commanded the rebel column during the struggle that ended with the triumph of the Cuban Revolution in 1959.

In presenting the proposal for Raul, Provincial party bureau member Hermes Alonso, said that it was an honor to have the Cuban President as a delegate from the eastern municipality.

Also elected from the eastern territory were three party members who work in agriculture and pediatrician Emiliano Sosa, a doctor who fought the Ebola virus in Africa.