Cuba and the US hold talks on mutual compensations 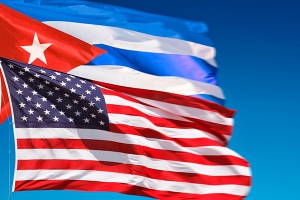 Cuba and the US hold talks on mutual compensations

Cuba, Jan 14th – Cuba and the United States held in Havana on Thursday their third meeting on mutual compensations to find a solution to the unsettled claims between the two countries.

According to a press release by the Cuban Ministry of Foreign Affairs, the negotiators discussed probable mechanisms to settle claims both sides have.

The Cuban part pointed out that it considers essential that the claims for over 300 billion dollars made by the Cuban people for human and economic damages that were included in sentences issued by the Havana’s Provincial Court in 1999 and 2000, respectively, are taken into consideration.

The US government claims for compensations on losses suffered by US companies and individuals caused by the nationalization laws passed after the Triumph of the Cuban Revolutions, that some experts estimate are in the range of 8 billion dollars.

The Cuban delegation was presided by Foreign Deputy Minister Abelardo Moreno, and the American by Brian Egan, legal advisor at the US State Department.

Both parties stressed on the importance and usefulness of continuing these exchange.(ACN)

This entry was posted in Cuba, International, Society and tagged Cuba, hold, mutual compensations, US. Bookmark the permalink.