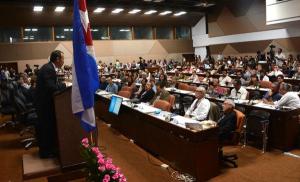 Cuba, Nov 15 – The 9th International Meeting on Researchers and Experts on Information and Communication (ICOM 2017) began on Monday in Havana with the participation of over 400 researchers from 20 countries.

During the opening ceremony at the International Convention Center, Dr. Raul Garces, Dean of the School of Communication of the University of Havana and President of the Organizing Committee highlighted that the event serves as a platform to reflect on the role of the university in today’s world.

According to Garces, the higher education centers are called to encourage the country’s development and increase its ties with civil society.

The President of the Academic Committee, Dr. Gloria Ponjuan said that the event’s program will encourage a debate on current issues and opportunities for Cuba’s reality.

She pointed out that they expect close to 370 presentations as part of the 10 round tables to be carried out in ICOM 2017, which will also include master conferences, exhibition fairs and book presentations.

It deals with the exchanges between teachers from both universities, with the objective of reestablishing diplomatic relations between the US and Cuba.

The opening included the presence of Cuba’s Higher Education Minister, Jose Ramon Saborido and Culture Minister Abel Prieto; in addition to the Head of the Ideological Department of the Central Committee of the Cuban Communist Party, Joel Suarez; the First Vice President of the Journalism Association Aixa Hevia and the Dean of the University of Havana, Gustavo Cobreiro.

ICOM 2017 will run until Friday and its main issues are society, working environment and the university from a trans-discipline perspective.(acn)

This entry was posted in Cuba, Society and tagged communication, Havana, International, Meeting. Bookmark the permalink.