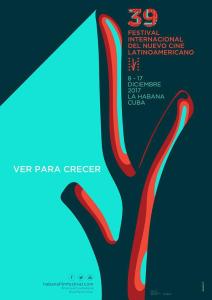 Cuba, Nov 30 – The 39th edition of the Havana International Film Festival will feature an interesting and high quality program, according to its president Iván Giroud, indicative of the advances in Latin American film production.

Speaking to reporters in the Hotel Nacional’s Sala Taganana, the traditional venue of this annual press conference, Giroud offered some details and a preview of the Festival program to extend from December 8 through 17.

In terms of the heart of the Festival, the contest for the Coral Prize, Giroud noted that this year 19 fictional feature lengths; 18 debuts; 23 documentaries; 18 short and medium-length films; 16 animations; 20 unpublished scripts; and 24 film posters will compete for a Coral.
In the feature length category, the jewel in the crown in all festivals across the world, Felipe Cazals will serve as president of the judges’ panel, who at the age of 80 and with more than 40 films under his belt, is one of the most internationally recognized Mexican filmmakers. His film Canoa (1976) will be screened as part of the festival’s Restored Classics section. 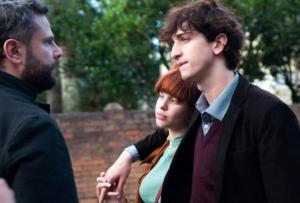 This year 13 Latin American films have been submitted for the Oscars 2018 in the category of Best Foreign Language Film, and of these Argentina’s Zama, by Lucrecia Martel; Chile’s A Fantastic Woman by Sebastián Leilo, and from the Dominican Republic, Woodpeckers by José María Cabra, will compete in Havana.

Giroud announced that the Brazilian feature length, The Movie of My Life, by Selton Mello (competing for the Coral) will open the festival on December 8 at the Karl Marx Theater, and was “chosen because the subject encourages communication with the public, in a theater of 5,000 seats.”

Starring Johnny Massaro in the role of Tony Terranova, the film is set in southern Brazil in the 1960s, and is based on the book A Distant Father, by Chilean Antonio Skármeta.

During the opening gala, the Coral Prize of Honor will be presented to Brazilian director Carlos Diegues, founder of Cinema Novo movement, who has participated in several editions of the Festival with films such as Bye Bye Brazil and Orfeu.

The Festival will cover many aspects through its interesting program, across a range of countries, styles, and generations.

It will also offer an opportunity to pay tribute to U.S director James Ivory, with the projection of nine of his films.

Critics note how Ivory has kept the flame of classic cinema going, in his care for the characters, a flawless mise-en-scène and a production free of exhibitionism, all at the service of stories that mix sentiments with historic, political, or social themes.

Among Ivory’s films that we will have the opportunity to see again — this time presented by the director himself — are the multi-award winning The Remains of the Day and The White Countess (both scripted by Kazuo Ishiguro, 2017 Nobel Prize in Literature winner).

The president of the Festival stressed that this year the Centennial of the October Revolution could not be overlooked, due to its historic significance and its contribution to film. As such, a restored copy of October: Ten Days that Shook the World, the silent film by Russian maestro Serguei Eisenstein, premiered in 1928 and considered a classic, will be shown..

Giroud explained that the version to be screened was digitally restored in 2012 by the Munich Film Museum, and includes the original soundtrack created by Austrian composer and conductor Edmund Meisel.

In the aforementioned Restored Classics section, which was first included in the Festival in 2016, there will be the possibility of seeing none other than Lucía, the classic Cuban film by Humberto Solás. A restoration — Giroud affirmed —that reveals other dimensions of the film.

The restored version of Lucía had its first screening in the Cannes Classics 2017 section, a space dedicated to the great classics of film. Last year Cannes showed Memories of Underdevelopment, directed by Tomás Gutiérrez Alea. Both films, completed in 1968, are considered by critics to be undisputed masterpieces of Cuban and Latin American cinema.

Also to be screened in this section, “that has the importance of rescuing film, so that it is seen again, appreciated, especially by the new generations,” are The South, by Argentine Fernando Pino Solanas; Three Sad Tigers (based on Alejandro Sieveking’s homonymous play) directed by Chilean Raúl Ruiz; Time to Die by Mexican director Arturo Ripstein; House Swap by Cuban Juan Carlos Tabío; and Canoa and Luz’s Motives by Felipe Cazals.

With the 39th International Festival of New Latin American Cinema, the most anticipated annual gathering for Cuban and visiting moviegoers, just around the corner, the most constant question is: Which films to choose? As it is, of course, impossible to watch more than 400 films in just ten days.(Granma)