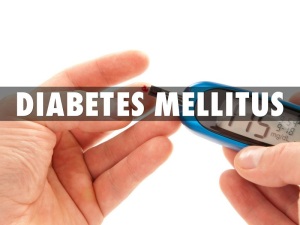 Cuba, Sep 27 – Some 700,000 people, 6.2 percent of the Cuban population, suffer from diabetes mellitus, which is a challenge for health institutions, said Dr. Ana Ibis Conesa González, director of the National Center for Diabetes Patient Care and Education.

The expert spoke with ACN on this issue in the context of the first International Symposium on Endocrinology for the Elderly, which will take place in the central Cuban province of Santi Spiritus from Tuesday to Friday.

These data, she said, are taken from the statistical yearbook of the Ministry of Public Health, but we are aware that there are other people with this condition without being diagnosed.

The most important thing, she added, is that the patient has knowledge for the self-management of his disease, to which our center helps, to which about a thousand people are admitted annually during daytime hours.

During the one-week stay in the institution, patients receive therapeutic education, their glycemic values are checked and individualized treatments are offered, in addition to educational talks on the symptoms of diabetes, nutritional habits, complications and associated illnesses, among other topics of interest, the directive noted.

Diabetes mellitus is a chronic disease, caused by excess glucose (sugar) in the bloodstream, and occurs when the pancreas does not produce enough insulin (hormone that regulates blood sugar) or when the body cannot effectively use the insulin it produces.

In order to prevent this disease, it is recommended to maintain a healthy diet, carry out regular physical activity, monitor body weight and avoid addictions to alcohol, cigarettes and drugs.

Among the most frequent complications are blindness, nerve damage, circulatory system problems that can lead to amputations, renal insufficiency and heart disease.

According to international organizations, it is estimated that 62 million human beings in the world suffer from the aforementioned ailment, and it is presumed that there will be a 40 percent increase in that figure by 2040.

Parallel to the international symposium, the III Territorial Conference on Endocrinology is also being held in Sancti Spíritus, and some 200 delegates representing nearly 10 countries are participating in both forums.(Radio Rebelde)