Musical Premiere in Cuba Inspired in the Phantom of the Opera 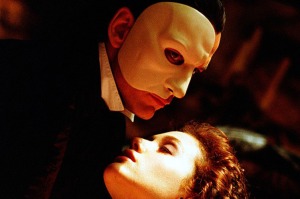 Musical Premiere in Cuba Inspired in the Phantom of the Opera

On June 22, 23, 29 and 30, the America Theater will host the adaptation of local radio and television scriptwriter Pedro Urbezo, based on the play by English musician Andrew Lloyd Webber, who in turn recreated scenes based on the French novel by writer Gaston Leroux.

In a press conference, Urbezo expressed his intention of transferring an old legend related to the old Opera House from Paris to the Americas, located in the heart of the capital and with large basements, in a way similar to the European coliseum.

The teacher and pianist Ana Martin enjoyed arranging all the orchestrations of this version that has the artistic direction of Helson Hernandez, while the musical conduction will alternate the Cuban Jessica Rivero and the Chilean Medel.

The actress and singer Zoyla Jimenez, in the character of the costume designer at the Theatre of the Opera, will introduce hints of humor and symbolic elements of contemporaneity.

Live musical orchestration, acting, singing and dancing will converge in the show, and in the last performance, on June 30, all the casts will share the stage, to give a special performance.(Prensa Latina)

This entry was posted in Arts, Cuba and tagged Cuba, Inspired, Musical Premiere, Phantom of the Opera. Bookmark the permalink.