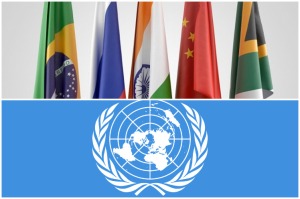 Osaka, Japan, June 29 – The United Nations (UN) and the BRICS group have urged from the G20 Summit to reduce global tensions and join forces for a safer and more prosperous world.

The UN Secretary-General, Antonio Guterres, called upon to back away by all means from an increased US-Iran confrontation, and also encouraged all G20 SummitÂ´s leaders to agree reforms to strengthen financial security and economic resilience.

Guterres regretted slow implementation of agreed plans to solve globeÂ´s major problems and harped on fewer deliberations and speeding up actions if a growth model is to be implemented where no one is left behind.

In the same way, BRICS – made up of Brazil, Russia, India, China and South Africa – called for joint work in the international community to stabilize market transactions, face protectionism and strengthen the role of the World Trade Organization (WTO).

On the other hand, the Chinese President Xi Jinping stated that protectionist and unilateral policies break down the world order and proposed cooperation as the way to guarantee all nationsÂ´ balanced development.

Similarly, the President of Russia, Vladimir Putin, who also condemned the political background of restrictions and drawbacks against free movement of goods and services.

He also stressed the need to co-ordinate within BRICS some actions to crack down on terrorism and, regarding Syria, support the safe return of refugees due to the conflict unleashed in 2011.(Prensa Latina)