Camilo Cienfuegos: paradigm for the integral formation of the new generations (+ Audio) 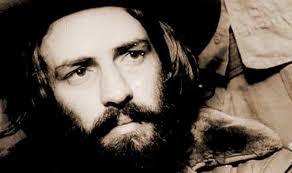 On February 6, 1932, the man who years later would constitute the most worthy example of a revolutionary was born in Havana: Camilo Cienfuegos Gorriarán, who by his actions earned him the title of Lord of the Vanguard.

The imprint of the also named Commander of the People is a paradigm for the integral formation of the new generations of Cubans, as reflected in the report by journalist Marisol León Álvarez.

Che Guevara a true paradigm for children and adolescents (+ Audio)

Florida, Oct 8 – The aspiration of the Cuban pioneers to be like Che Guevara goes beyond a mere slogan, but is manifested in the attitudes of elementary and junior high school students who have in the thinking and virtues of the mythical guerrilla a true paradigm. The subject refers to the report that the journalist Marisol León Álvarez presented to the Radio Florida news program.