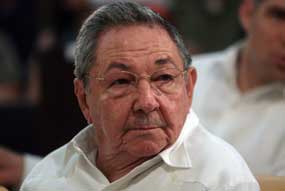 Miguel Diaz-Canel Bermudez, first Vice President of the State and Minister Councils, conveyed the message to the winners of the Caribbean Series, who arrived at noon on Monday at the Jose Marti International Airport.

In a brief greeting protocol, Antonio Becali, President of the National Institute of Sports, Physical Education and Recreation (Inder), thanked the team for putting a “kind of baseball called to be improved and perfected.”

“Thank you for the dedication and loyalty with which you played, on behalf of the authorities and of the people who pitched, fielded and batted with you,” said Becali.

The Pinar del Río Vegueros beat Tomateros de Culiacán, champion of the Mexican Pacific League 3-2 yesterday, and they brought the eighth title in Caribbean Series, and the first since 1960.